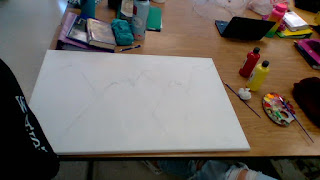 This week i drew in the mountains, and the sun. After I did that I painted the mountains and the sun as well as the background. For the mountains I decided to use a grayish blue color and paint in white-orange highlights, and for the sun I used a mixture of yellows, oranges, and reds and did the same for the sunset but added a bit of purple in the corners. One problem I encountered while doing this was finding the correct colors to use so that they would blend together better. When I was mixing the color for the mountains it always came out to dark or to light. I solved this problem by messing around with ratios of black to white to blue and tried to memorize each one so that I could get it as close to the color I wanted when I ran out of paint. When I was making the sunset I tried to use the same color as I used for the base and just slowly add red so that the colors were easier to blend together smoothly. As of this week my project is finished. Over all I am proud of w
Post a Comment
Read more 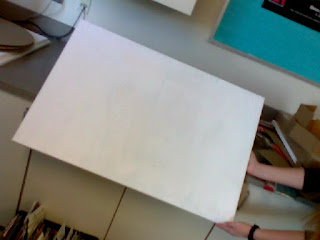 This week I painted the 2nd and 3rd coat of white for the base color and I started drawing in my mountains and finding the color to use for them. I have decided to make them a greyish-blue tone and I'm going to add pine trees and birch trees for a pop of color. One problem I encountered this week is the white wouldn't cover up certain parts of the old painting. There were certain colors like red and dark blue that still showed through the first and second layers of white. What I did was I tried to make the paint thicker in the spots that needed more coverage and did a very thin layer in other places so that the color didn't look uneven. After painting the third layer I just took my brush and made the texter go the same way throughout the canvas. What I plan to do next is deciding what colors I am going to use for the trees and start experimenting with how to paint them on in order for it to look realistic. I also have to figure out how the use the impressionist styl
Post a Comment
Read more 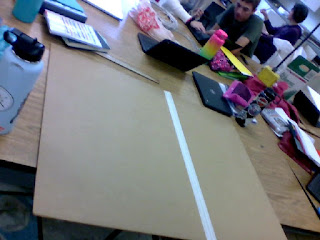 This week I worked on getting my "Canvas" ready and choosing my base color which I will make white. My canvas is 36"x24". One problem I encountered while making my canvas is, the biggest piece of cardboard I could find was not big enough. The length of my cardboard was only 22 inches long when it needed to be 24 inches long. Because the cardboard was so small I tried taping two pieces together but when I painted the cardboard its started to curl up and bend. Because my piece of cardboard was curling up I decided to use canvas instead. My canvas was already painted from someone's previous project so I will have to paint my canvas white, it will probably take a couple of coats because the canvas is blue and green. Next, I plan to paint on the base color and start the outline of the mountains and the clouds. In order to do that I will need to have a pencil and some white acrylic paint.
Post a Comment
Read more 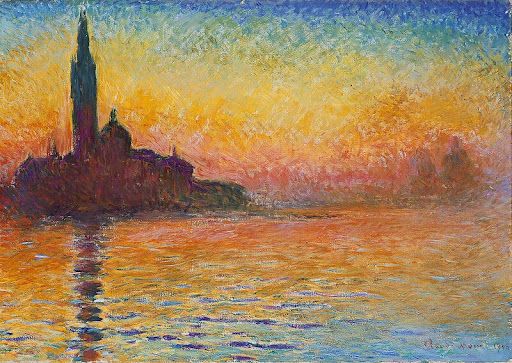 Claude Monet One of Claude Monet's most famous works is called Impression, Sunrise, it depicts the port of Le Havre, Monet's hometown. Impression Sunrise was first shown at what would be known as the "Exhibition of the Impressionists" in Paris in April 1874. Monet would use pale grey, light yellow, or white canvases, and then paint with very opaque colors. Studies show that Monet would use colors straight from the tube, and he would mix them on the canvas. He used thin layers of paint allowing other layers of color to come through. He mostly worked with oil paints and liked to do scene paintings. Monet mostly worked on his own as a painter and moved around from Argenteuil, a village on the seine near Paris. There he painted some of his best works including Impression sunrise. He then moved to Holland and then back to Argenteuil. Monet's most productive period was during the impressionist period, this period was around 1860. The impressionist period i
Post a Comment
Read more
August 30, 2019 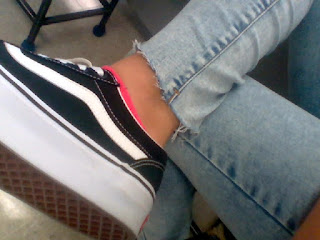 Blog Grading Criteria The following criteria below outlines how each blog post will be graded Blog - Each blog post must contain specific criteria: Your blog will have: Eight complete sentences with proper capitalization, punctuation, and no spelling errors. Each blog post will be about your experience while working on your project. Your blog will contain the following information: Two sentences will describe in detail a project update. “What did I do on my project?” Two sentences will explain in detail my biggest problem while working on my project. Two sentences will explain in detail the solution to my biggest problem. Two sentences that conclude your post. Here are a few suggestions to help you with your conclusion: What do I plan to do next? What materials do I need? Or a simple wrap up. Two photos or images of my project are included. You are NOT required to be in the photos. Important Information Students are required to email Mr. Ritter a link to
Post a Comment
Read more